Prominent defender of persecuted Christians, and Nobel Peace Prize nominee, Gao Zhisheng was released from prison last week after his most recent three-year sentence. But doubt remains over whether he will be allowed to leave the country to be with his family in the United States.

Zhisheng, 50, is a Christian lay leader as well as a Beijing-based lawyer. He came to prominence for defending activists and religious minorities before Chinese authorities closed down his law practice in 2005, and arrested him for ‘subversion’ a year later, a charge that is often used by China against government critics. END_OF_DOCUMENT_TOKEN_TO_BE_REPLACED

Christianity Today announced that Gao Zhisheng is free. Thanks be to God!

I am late with this news, but it is still good to look into this story. The well known Christian Chinese lawyer, who was was condemned to eight years in prison for defending the Falun Gong believers is finally free. More or less, as you will see below.

Please continue to pray for him, as he may seek to be reunited with his family, who lives now in the US.

Here are some extracts from the media on his release. END_OF_DOCUMENT_TOKEN_TO_BE_REPLACED

For the first time since he disappeared nearly two years ago, a U.S.-based Chinese human rights group can confirm where Christian human rights lawyer Gao Zhisheng is located.

U.S.-based Chinese Human Rights group China Aid came upon Gao’s location. Yesterday, the group learned that Gao is being held at Shaya Prison in the Xinjiang Uyghur Autonomous Region, Western China. On Dec. 19 of last year, the official notification of Zhisheng’s prison stay was signed and dated.China Aid is a partner of the Voice of the Martyrs USA organization.

According to China Aid, Chinese authorities took Gao into custody again on April 2010. This is the most recent arrest for Gao since his 2006 conviction on a subversion charge. END_OF_DOCUMENT_TOKEN_TO_BE_REPLACED 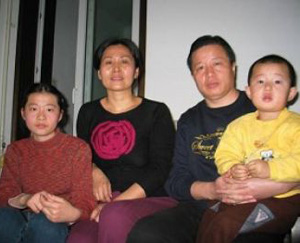 VOM partner ChinaAid formally requested a special UN investigation into the torture of missing Christian lawyer Gao Zhisheng on August 15, the five-year anniversary of his first kidnapping by police. The request was submitted by ChinaAid’s legal counsel and was filed with the United Nations Special Rapporteur on Torture.

Human rights lawyer Gao was taken by police on August 15, 2006, from his sister’s home and held incommunicado until the Chinese government announced on September 21 that he was being charged with inciting subversion (for more information, click here). END_OF_DOCUMENT_TOKEN_TO_BE_REPLACED

ChinaAid has published recently an unknown text of the Chinese Christian dissident Gao Zhsheng, who is emprisoned by the communist regime in China for his defense of human rights in that country.

This text, which was discovered not long ago by Gao’s wife among his papers, and was carried by her to the US, when she escaped from China, is an introduction to a text entitled ‘Dark Night, Dark Hood and Kidnapping by Dark Mafia‘, published in January 2009, in which Gao describes the terrible experience of is 50 days of torture, in 2007, during his first emprisonment.

The text of the introduction was published in the US just a few days before the visit of Chinese President, Hu Jintau to that country. Here is the text: END_OF_DOCUMENT_TOKEN_TO_BE_REPLACED

This is real face of Chinese communist ‘democracy’. END_OF_DOCUMENT_TOKEN_TO_BE_REPLACED

Gao Zhisheng is a well known Chinese Christian dissident. As a human rights lawyer, he defended many Chinese who have been persecuted for their faith by the Chinese communist government.

After being freed some weeks ago, he went missing again, being seen last in the presence of Chinese secret agents. His life is definitely in danger, as you could see in the following re-enactment of his arrest and torture. (Be prepared for a real-life experience of the ‘communist heaven’).

END_OF_DOCUMENT_TOKEN_TO_BE_REPLACED

On April 6, Christian human rights lawyer Gao Zhisheng thought he could return to a normal life after 13 months of imprisonment.  But his “release” was a farce to please the international media, and on April 20 Gao disappeared again, last seen with four policemen, Compass Direct News (CDN) reported. END_OF_DOCUMENT_TOKEN_TO_BE_REPLACED

On 2 October 2009 I was writing on this blog about the arrest of the Chinese Christian dissident Gao Zhisheng. Since then, his wife and children, who live in the US have not heard from him. There were rumors that he was tortured and even killed by the Chinese secret police. Knowing the cruelty of the Chinese ‘democratic’ government, such rumors were very plausible.

Today, however, I have received news that he is alive. Thanks be to God. Here is the announcement from the ChinaAid web site: END_OF_DOCUMENT_TOKEN_TO_BE_REPLACED 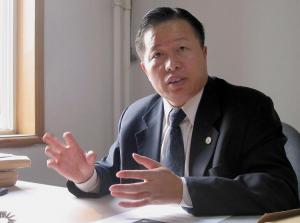 Eight years ago, China’s Ministry of Justice named Gao Zhisheng, a brilliant, mostly self-educated man, one of the country’s top ten lawyers. In 2008, Gao received a nomination for the Nobel Peace Prize for his human-rights advocacy work. Then, less than a year later, Gao disappeared when security police spirited him away.

Often called “the conscience of China,” the 45-year-old Christian gained worldwide acclaim for his defense of workers, political activists, and religious groups. Todd Nettleton, spokesman for Voice of the Martyrs, said Gao had the “audacity” to tell the world how poorly China treats its people. In 2005, Gao criticized China’s torture of adherents of Falun Gong, a traditional Chinese religion, and his comments triggered a brutal response. For over seven weeks in 2007, police tortured Gao with cigarette burns and electric batons, threatening to kill him.

(Read HERE the rest of the article.)