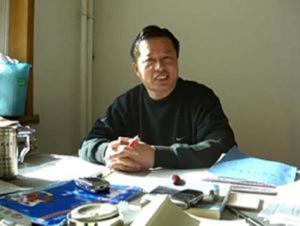 For the first time since he disappeared nearly two years ago, a U.S.-based Chinese human rights group can confirm where Christian human rights lawyer Gao Zhisheng is located.

U.S.-based Chinese Human Rights group China Aid came upon Gao’s location. Yesterday, the group learned that Gao is being held at Shaya Prison in the Xinjiang Uyghur Autonomous Region, Western China. On Dec. 19 of last year, the official notification of Zhisheng’s prison stay was signed and dated.China Aid is a partner of the Voice of the Martyrs USA organization.

According to China Aid, Chinese authorities took Gao into custody again on April 2010. This is the most recent arrest for Gao since his 2006 conviction on a subversion charge.

According to Christian Solidarity Worldwide’s (CSW) website, the Chinese State Media reported Gao’s prison sentence on Dec. 16, 2010. His sentence stems from a prior 2006 probationary sentence, where he was given three years imprisonment and five years probation for “subversion of state power.”

Many were concerned about Gao’s safety, since some believed he was undergoing torture sessions since he went missing. Due to the fears and concerns over their safety, his wife and two children fled from China. They now reside in the U.S.

Read HERE the rest of this article