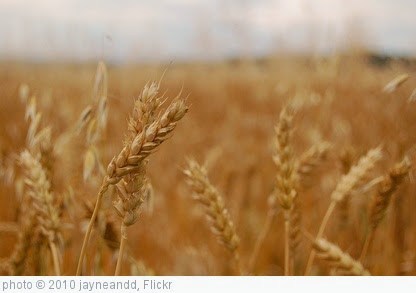 It never fails. Every year, on the Monday after Mother’s Day I receive a flood of messages from women who spent yesterday morning grimacing through yet another Proverbs 31 sermon. The pastors usually mean well. They want to honor women on Mother’s Day, so they turn to the biblical passage most associated with femininity, the one that culminates with what may be the most cross-stitched Bible verse of all time: “Charm is deceitful and beauty is passing, but a woman who fears the Lord, she shall be praised.”  But for women like me who grew up thinking of the domestic super-heronie of Proverbs 31 as just another impossible standard by which to mark my shortcomings as a woman, the passage can come with some…baggage.  That’s because, too often, we focus on the Proverbs 31 Woman’s  roles as a way of reducing womanhood to marriage, motherhood, and domesticity, when really, this passage is about character that transcends both gender and circumstance.    3 Things You Might Not Know About Proverbs 31  Our confusion around Proverbs 31, like most misinterpreted Bible passages, centers around issues related to genre, audience, and language. With that in mind, here are three things you might not know:  1. Proverbs 31 is a poem.  The subject of a twenty-two-line poem found in the last chapter of the book of Proverbs, the “woman of noble character” is meant to be a tangible expression of the book’s celebrated virtue of wisdom. The author is essentially showing us what wisdom looks like in action. (The astute reader will immediately make a connection between the Proverbs 31 Woman and “Woman Wisdom,” found in earlier chapters of Proverbs.)  Packed with hyperbolic, militaristic imagery, the poem is an acrostic, so the first word of each verse begins with a letter from the Hebrew alphabet in succession. This communicates a sense of totality as the poet praises the everyday achievements of an upper-class Jewish wife, a woman who keeps her household functioning day and night by buying, trading, investing, planting, sewing, spindling, managing servants, extending charity, providing food for the family, and preparing for each season.  Like any good poem, the purpose of this one is to draw attention to the often-overlooked glory of the everyday. As a poem, Proverbs 31 should not be interpreted prescriptively as a job description for all women. Its purpose is to celebrate wisdom-in-action, not to instruct women everywhere to get married, have children, and take up the loom.  Good News: You don’t have to know how this works to be a Proverbs 31 Woman.  2. The “Target Audience” of Proverbs 31 is Men  If you’ve read A Year of Biblical Womanhood, you’ll know I first learned this from my Jewish friend Ahava who told me that in her culture, it’s not the women who memorize Proverbs 31, but the men. (What I wouldn’t pay to see a Christian MEN’S conference in which the central text is Proverbs 31!)  They memorize it, Ahava said, to sing it as a song of praise to the women in their lives—their wives, daughters, sisters, mothers, and friends. Ahava’s husband sings Proverbs 31 to her at every Sabbath meal.   As I did more research, I learned that indeed the only instructive language in the poem is directed at the poem’s intended male audience: “Praise her for all her hands have done.”  And yet many Christians interpret this passage prescriptively, as a command to women rather than an ode to women, with the home-based endeavors of the Proverbs 31 woman cast as the ideal lifestyle for all women of faith. An empire of books, conferences, products, and media has evolved from a subtle repositioning the poem’s intended audience from that of men to that of women. One of the more popular books is titled Becoming the Woman God Wants Me to Be: A 90 Day Guide to Living the Proverbs 31 Life. No longer presented as a song through which a man offers a woman praise, Proverbs 31 is presented as a task list through which a woman earns it.  This, I believe, misses the point of the text entirely.  3. Proverbs 31 Celebrates Valor  Ahava repeated a finding I’d discovered in my research, that the first line of the Proverbs 31 poem—“a virtuous woman who can find?”—is best translated, “a woman of valor who can find?” (The Hebrew is eshet chayil, “woman of valor”; the male equivalent is gibor chayil, “man of valor.”)  To make this fact even more fun, Ahava explained to me that she and her friends cheer one another on with the blessing, celebrating everything from promotions, to pregnancies, to acts of mercy and justice, to battles with cancer with a hearty “eshet chayil”! (Think of it as something like the Jewish “you go girl.”) This discovery led me to declare “woman of valor!” when a good friend finished seminary, when my mom beat breast cancer, when my sister ran a half marathon. It also led u

I suggest this is an article that should be read by every Christian woman who does not want to be pressed into the mold that was created by our highly sexualised society, including, unfortunately, our Christian communities.

hen a man brags about his wife’s looks, body, or smoking hot prowess, we may consider his remarks loving compliments from a husband to his better half, but when I hear a man say those things, I bristle. Especially if he’s a pastor, a man apportioned by God to shepherd not only the men in their congregations, but the women too. Wounded women. Tired women. Abused women. Women with so many “godly” expectations thrown at them that they’ll either break under the weight or bootstrap themselves, try-try-trying harder, experiencing burnout, and never quite living up to anyone’s expectations. END_OF_DOCUMENT_TOKEN_TO_BE_REPLACED