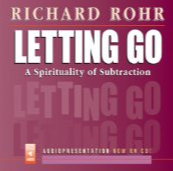 You cannot serve security and solidarity.

Comment – After 9/11 security has become a universally sought after value in the West in general and the US in particular. Yet, security, as legitimate as it may be as a basic human need, remains strictly in the area of selfishness. Human solidarity, on the other side, is the supreme value of the community orientation of a ‘kingdom person’. Individualism – the human person conceived as a monad; a reality in itself, although an understandable reaction to the evil of collectivism, remains captive to the realm of selfishness, which dominates the modernistic mindset. The human being, created ‘in the image of Triune God’, is by design a communitarian being, called to live the solidarity of perichoresis (a Patristic concept describing the coinherence or interpenetration of the actions of the Persons of the Holy Trinity – meaning, basically, that we can never have one divine person, without the other two). The same idea is expressed through the Bantu concept of ubuntu – which states that I can only become a human being through the other human beings; I am human only through and for the others. When we give precedence to security over solidarity, we risk to devolve as persons, to become less human.