A new academic study based on the Canadian census suggests that a married mom and dad matter for children. Children of same-sex coupled households do not fare as well.

There is a new and significant piece of evidence in the social science debate about gay parenting and the unique contributions that mothers and fathers make to their children’s flourishing. A study published last week in the journal Review of the Economics of the Household—analyzing data from a very large, population-based sample—reveals that the children of gay and lesbian couples are only about 65 percent as likely to have graduated from high school as the children of married, opposite-sex couples. And gender matters, too: girls are more apt to struggle than boys, with daughters of gay parents displaying dramatically low graduation rates.

Unlike US-based studies, this one evaluates a 20 percent sample of the Canadian census, where same-sex couples have had access to all taxation and government benefits since 1997 and to marriage since 2005. END_OF_DOCUMENT_TOKEN_TO_BE_REPLACED 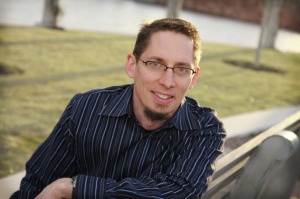 I have written a number of times on this blog about Mark Regnerus (a simple search on the blog home pahe can reveal the respective posts), including lately some news about his getting in trouble at the secular university where he teaches, because of the politically incorrect conclusions of a study he made on the negative effects that homosexual coules have on the development of the children they adopt.

A recent interview with Regnerus in Christianity Today discusses this incident.

Here is the beginning of it.

If you want to know how University of Texas sociologist Mark Regnerus’s summer has gone, look no further than The Weekly Standard. On the cover of the conservative magazine’s July 30 issue are two hooded henchmen impishly turning the gears on a medieval torture wheel holding Regnerus, sweating beads as he tries to stay in one piece. The cover copy—”Revenge of the Sociologists: The perils of politically incorrect academic research”—hints at the situation sparked by the publication of Regnerus’s newest research as well as the broader political discourse over same-sex marriage.

The survey, known as the New Family Structures Study (NFSS), is remarkable in its scope. It’s a random national sample, considered “the gold standard” of social science surveys. NFSS measures the economic, relational, political, and psychological effects on adults ages 18 to 39 who grew up in families where the father or mother engaged in homosexual behavior. Despite Regnerus’s repeated caution that the NFSS does not account for stable same-sex marriages (since same-sex marriage as such didn’t exist when the survey participants were children), he has undergone professional censure. Social Science Research conducted an internal audit on the peer-review process of the NFSS, and the University of Texas at Austin investigated Regnerus following allegations of “scientific misconduct.” (The school has since cleared Regnerus of the allegations.) END_OF_DOCUMENT_TOKEN_TO_BE_REPLACED

Christian Smith on Mark Regnerus being bullied in the academic world (oh, the disgusting manners of political correctness – ‘American communism’, as someone called it) for publishing the results of a research which appears to argue that children of homosexual couples have more psychological problems that children growing on normal (heterosexual) families.

What’s the difference between a Pastor and a Priest? | Black, White and Gray.

Mark Regnerus (look HERE if you don’t know who he is) compares in this blog post priests (mostly Catholic) and pastors. Since we are here, maybe it would be useful to recommend to you Black, White, and Grey, a blog written by a number ot Christian sociologists, including Regnerus.

There is humour in it, so it should be fun, but there is also a lot of serious stuff. Enjoy!

(Thanks to Scot McKnight for the link, that I have found in his amazing Weakly Meanderings, that I highly recommend as a source of very interesting links.)

Here are the first items (there are 20 in total), for wetting your appetite: END_OF_DOCUMENT_TOKEN_TO_BE_REPLACED

Mark Regnerus is a sociologist at the University of Texas and is a student of the sexual, family, and religious behaviours of youth and young adults in America. He’s the author of two books on those topics: Forbidden Fruit (Oxford, 2007) and Premarital Sex in America (Oxford, 2011). You may find HERE his CV.

In August 2009 I have written (in Romanian) a series of posts on this blog on a theme titled ‘Economy, Marriage , and Sexuality’. If you want to make some sense of them, you may use Google Translate, for an approximate rendering; they can be found HERE, HERE, HERE, HERE and HERE. They were prompted by a presentation that Brian McLaren did at a meeting in Geneva, in 2006, on the economic roots of the present day crisis in human sexuality.

The immediate opportunity for this series of reflections was an article by Mark Regnerus, published by Christianity Today, and titled ‘The Case for Early Marriage’. He explained later that his purpose in writing it was to push back against the current norm in American society, including churches, which says: ‘Slow down, keep your options open, get your career in order, figure out who you are before considering marriage.’ And he continues, explaining: ‘It’s a popular norm, but it’s a sexual disaster. I’m seeing it plenty in the church, and I think it sends a horrible message about the meaning of marriage; that it’s what you do when the best years of your life are over’. Quite sobering, isn’t it? END_OF_DOCUMENT_TOKEN_TO_BE_REPLACED

While Christians often bemoan the state of marriage in America and groan about shifting sexual norms, there are structural reasons—some that have nothing inherently to do with sex or marriage—that have accelerated such changes. It’s actually become socially more difficult—not just personally more challenging—to withhold sex before marriage. Recognizing the economics and market dynamics of modern romantic relationships can make all the difference. Hear how you can save marriage before it starts.

Watch this video, if you have time. It is really worth it.

I will come back with a comment later on.

END_OF_DOCUMENT_TOKEN_TO_BE_REPLACED

…the median age at first marriage… has risen from 21 for women and 23 for men in 1970 to where it stands today: 26 for women and 28 for men, the highest figures since the Census Bureau started collecting data about it. That’s five additional, long years of peak sexual interest and fertility…