Five Signs of Hope in the New Year | Howard Snyder.

Do you expect to ‘go to heaven after you die? Many people do. This is part of the vulgata in much of conservative Christianity. Howard Snyder, who is a radical Methodist theologian, believes this hope is misplaced and incompatible with biblical revelation.

Here is why he believes that will NOT ‘go to heaven’ when he dies:

2. Because the “place” Jesus refers to in John 14 is only dimensionally, not geographically or spatially, distant from earth.

3. Because “the word was made flesh,” not just spirit (John 1:14). END_OF_DOCUMENT_TOKEN_TO_BE_REPLACED

In this new blog post, Howard Snyder offers us five ‘ecological insights into church planting. here they are, in short:

1. Church planting is organic, based on principles of life, growth, and reproduction.

2. Organic church planting thrives on diversity so is inherently more open to cross-cultural witness and intercultural community that are more programmatic models. END_OF_DOCUMENT_TOKEN_TO_BE_REPLACED

Blessed Holy Spirit, breath of God, I thank you that you still hover and breathe over the world you made. I praise and honor you today. Fill me anew with your grace that I may discern and follow your movement this day, I pray.

This comes from the last blog post of Howard Snyder, ‘formerly professor of the history and theology of mission, Asbury Theological Seminary (1996-2006); now engaged in research and writing in Wilmore, Kentucky. Professor of Wesley Studies, Tyndale Seminary, Toronto, 2007-2012. Formerly taught and pastored in São Paulo, Brazil; Detroit, Michigan; and Chicago, Illinois.
Howard Snyder’s main interest is in the power and relevance of Jesus Christ and his Kingdom for the world today and tomorrow. He has written on a range of topics including church history, cultural trends, globalization, worldviews, evangelism, and various cultural issues.’
(Source HERE)

1. Interpret the gospel primarily through Romans.

Howard Snyders’ tribute to E. Stanley Jones, one of my favourite spiritual authors.

O Lord, God of the poor, the oppressed, and the empty-handed, I worship you today for your compassion and constant love. Thank you that you hear the cry of the needy. Lord Jesus, help me to hear the cries of the poor today, and to engage in your work of setting captives free.
Amen. 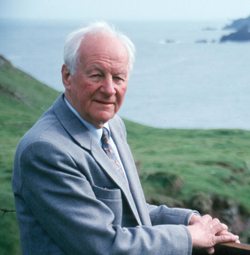 Howard Snyder, whom I had the privilege of meeting in person two years ago in Bethlehem, has written a very hearty text on Stott’s celibacy. You will find many gems in this text. I also hope that some of my friends, men and women who, Uncle John, expected to get married, but did not, will find comfort and encouragement in their faithful following on Christ in their unmarried state.

Here is the first part of Snyder’s text:

Occasionally over the years I’ve heard people question John Stott’s sexual identity, since he never married. That the question would even be raised says more about current culture than about Stott.

Anglican churchman John Stott was the leading evangelical figure of the 20th century. Pastor, preacher, and teacher; author of many books; the genius behind the Lausanne Covenant. The man of whom New York Times columnist David Brooks once wrote, “If evangelicals chose a pope, they would likely select John Stott.”

Roger Steer’s 2009 biography, Basic Christian: The Inside Story of John Stott (IVP) clarifies many things about this remarkable man, including the question I raise here. Stott was born in 1921 and died in 2011, and Steer’s biography was written with Stott’s consent and collaboration.

Gist of the matter: Stott wanted to be married, but the right person never came along. Twice he had girlfriends, but neither relationship led to the altar. END_OF_DOCUMENT_TOKEN_TO_BE_REPLACED

As NT Wright says in a recent interview each generation has to re-examine for themselves the basis of their faith, as each period confronts us with new challenges. Being faithful to Christ in the 21st century is quite different from being faithful, say, in the 3rd, or the 19th century. And, similarly, being faithful to Christ is somewhat different in an ecclesial ministry and in the humanitarian work of, say, World Vision International, even if the principles remain basically the same.

Moreover, when we are called to ‘translate’ the (hopefully) same content of the Gospel into different contexts, we have to clothe it in contextual manner. Michael Green, in his book Evangelism in the Early Church explains in a masterly manner how the gospel preached by Peter to the Jews, in terms of law, sin and forgiveness, becomes in the mouth of Paul, when preaching to pagan Greek the gospel of liberation from the fear of powers and principalities. The essence of the gospel is all there, but the way in which it is communicated is nuancedly different because of the contextual issues it had to respond to.

This truth is also illustrated in a dispute that took place last year, when  a fundamentalist group called Biblical Missiology accused Wycliffe Translators  that they have distorted severely biblical Trinitarian language in their latest translation in Arabic for Muslim contexts. A recent article in The Christian Post  informs us that Wycliffe accepted the conclusions of a report made by an independent panel assembled at their request by World Evangelical Alliance to look into this matter. Wycliffe was, in fact, vindicated in their contextual choices, while the panel also formulated a series of safeguards, in order to help preserve the faithfulness to the original intent, while the biblical message is translated for different cultures. I find this absolutely fascinating; and scary at the same time.

After I have published (see HERE) Howard Snyder’s text on evangelism, somebody asked if indeed the author’s position was aligned 100% with what the New Testament has to say about evangelism. In other words, is not evangelism primarily a communication of good news and is not ‘conversion evangelism’ the prime emphasis of the biblical text?

Here is my answer to this absolutely legitimate question:

The reasons for this are multiple: END_OF_DOCUMENT_TOKEN_TO_BE_REPLACED

It happened in 1947. A great earthquake demolished a big church building that had been used for centuries by a devout Christian congregation.

The building was almost completely destroyed. The roof had collapsed, covering the basement with debris. Still, the stately stone walls remained, little damaged.

The ruins stood abandoned for nearly a century. But then a new and growing congregation called Lifesong, looking for facilities, discovered this wreck and saw possibilities.

Lifesong bought the property, reroofed it, put in new windows and doors, repaired and modernized the interior, made it their church home. The sanctuary was totally redesigned. Folding chairs in a semicircular formation, rather than pews; a large, low platform to accommodate musical ensembles or dramas; two large video screens; a coffee bar near the entrance.

In remodeling the building the new congregation had installed a new floor, sealing off the old basement area. Some years later however, a staff member named Merlin found a small doorway almost hidden in the stone wall. It opened to a stairway leading to a storage room below ground—an area the church wasn’t aware of.

There was no light, so Merlin went to the church office, grabbed a flashlight, and went down to explore this subterranean storage room. END_OF_DOCUMENT_TOKEN_TO_BE_REPLACED

Most evangelicals reduce evangelism to what Snyder calls ‘ conversion evangelism’. In his opinion, this is a reductionistic view of evangelism and, I would add, it reflects a distorted view of the Gospel.

Here is what Snyder says:

Jesus came “proclaiming the good news of the kingdom, and curing every disease and every sickness” (Mt. 9:35). In Luke 4:43, Jesus says that his central purpose was to “proclaim the good news of [literally, “evangelize concerning”] the kingdom of God.” Again in Luke 8:1, Jesus’ proclamation of the kingdom is described as “evangelizing.” We read in Acts 8:12, translating literally, that Philip “evangelized about the kingdom of God and the name of Jesus Christ” (See also Mt. 4:23, 24:14; Luke 16:16). END_OF_DOCUMENT_TOKEN_TO_BE_REPLACED

Holy Lord of gardens and trees—of Eden, Gethsemane, New Jerusalem—I worship you in and through your green creation in its beauty and agony and promise. O Lord, work you work; fulfill your plan; redeem your world quickly, I pray, as I wait patiently for you and for Jesus fully to be revealed. Amen.

Jesus, Lamb of God who takes away the sins of the world, I bow in worship and love before you this day. Thank you for your grace and salvation, and the promise of full restoration. I trust you today and pledge to live for you, in the grace of the Holy Spirit. Amen.

Discerning Spirit, in an age when politicians, pundits, and even many Christians divide the world into right or left, liberal or conservative, graciously give me the radical mind of King Jesus. Remind me that the wisdom of this world is foolishness in Kingdom perspective, and that you use the weak, despised things of this world to shame the strong. Amen. 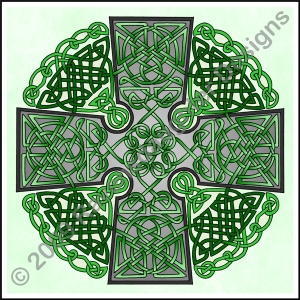 Lord God of truth, justice, and love, I thank you for the deep meaning of the cross demonstrated in the shocking death and glorious resurrection of Jesus. O Lord, help me to live this day as a true disciple of Jesus, and to learn more fully the meaning of the cross for me, for your church, and for your kingdom, I pray. Amen.