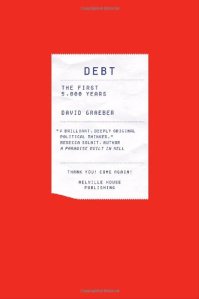 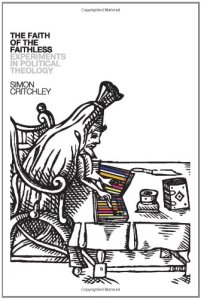 Love Is Stronger than Debt
Against Chrapitalism

If the last five years of American politics have demonstrated anything, it’s that Marx’s dictum about the modern state couldn’t be more indisputable: our government is the executive committee for the common affairs of the bourgeoisie. Now more than ever, our liberal democracy is a corporate franchise, and the stockholders are demanding an ever-higher return on their investment in America, Inc. Over the last four decades, the Plutocracy has decided to repeal the 20th century, to cancel the gains and protections won by workers, the poor, and others outside the imperial aristocracy of capital. Enough of this coddling of those Ayn Rand vilified as “moochers” and “looters.” Return the country to its rightful owners: the “Job Creators,” the Almighty Entrepreneurs, those anointed by Heaven to control the property interests of the American Empire. Endowed with the Divine Right of Capital, they deserve our thanksgiving and reverence, for without them we would not deserve to live, such common clay are we.

Lest anyone think that the re-election of President Barack Obama invalidates this judgment, think again. Mitt Romney may have been a more egregious and openly disdainful lord of the manor, but Obama has compiled an impeccable record of imperial corporate stewardship. Despite all the hype about a rising progressive coalition of non-whites and young people, there is no reason to believe that Obama’s second term of office will be any less a model of deference.

The Plutocracy’s beatific vision for the mass of Americans is wage servitude: a fearful, ever-busy, and cheerfully abject pool of human resources. Rendered lazy and recalcitrant by a half-century of mooching, American workers must be forced to be free: crush labor unions, keep remuneration low, cut benefits and lengthen working hours, close or narrow every avenue of escape or repose from accumulation. If they insist on living like something more than the whining, expendable widgets they are, reduce them to a state of debt peonage with an ensemble of financial shackles: mortgages, credit cards, and student loans, all designed to ensure that the wage slaves utter two words siren-sweet to business: “Yes, boss.” It’s the latest chapter in the depressing story that David Graeber relates in Debt: debt as an especially insidious weapon in the arsenal of social control. “There’s no better way to justify relations founded on violence … than by reframing them in the language of debt,” he writes, “because it immediately makes it seem that it’s the victim who’s doing something wrong.” END_OF_DOCUMENT_TOKEN_TO_BE_REPLACED