During the current annual Assembly of the Church of Scotland (Presbyterian), delegates, which included my son, Rev. Daniel Manastireanu, the first ethnically Romanian minister in the CoS, has approved the Columba Declaration, ‘that recognises their longstanding ecumenical partnership and lays the groundwork for future joint projects’ (see HERE). Of the about 850 commissioners to the assembly, 50 voted against this motion and 49 abstained (see HERE). A similar motion was approved by the C of E’s General Synod in February. 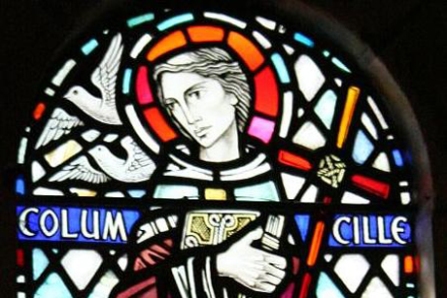 Ikon of St Columba, a gift I gave to my son, on his ordination as minister in the CoS, and
St Columba, pictured in a stained glass window at Iona Abbey, which he founded in the sixth century

‘The agreement between the Church of England and the Church of Scotland has been called the Columba Declaration, after Saint Columba [also called Columcille], an Irish abbot and missionary who was credited with spreading Christianity in Scotland. ‘ (see HERE) END_OF_DOCUMENT_TOKEN_TO_BE_REPLACED