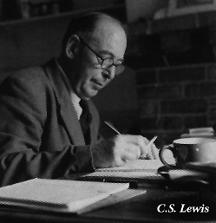 According to the Anglican lectionary, the Episcopal Church in the US celebrates on 22 December the life of the blessed CS Lewis (see HERE).

Here is an Anglican prayer for this special day:

O God of searing truth and surpassing beauty, we give you thanks for Clive Staples Lewis whose sanctified imagination lights fires of faith in young and old alike; Surprise us also with your joy and draw us into that new and abundant life which is ours in Christ Jesus, who lives and reigns with you and the Holy Spirit, one God, now and for ever. Amen.

Clive Staples Lewis (“Jack” Lewis to his friends) was a tutor and lecturer at Oxford University, and later Professor of Medieval and Renaissance English Literature at Cambridge University. In the judgment of many, he is the most popular and most effective explainer and defender of the Christian faith writing in English in this century. He tried to make a point of avoiding disputes on matters where Christians disagree, and defending those beliefs which they hold in common. His work was valued by many Christians of widely differing backgrounds: Anglican, Baptist, Methodist, Pentecostal, Presbyterian, Roman Catholic, etc. (Source, HERE)

Essay also known as “We Have No Unlimited ‘Right to Happiness'”. This title was shortened further, somewhat inaccurately, by the Evening Post. A live animation of a C.S. Lewis essay in the artistic style of my desk lamp. Is that wrong? Written to a secular audience in 1963. I

You may watch more such summaries of  the ideas of CS Lewis on the C.S. Lewis Doodle Playlist.

This essay contains the essence of Lewis’ arguments in his fascinating short book ‘The Abolition of Man/Humanity’. http://www.amazon.com/Abolition-Man-C…

‘The Abolition of Man’, a series of three lectures that were published, has been rated as one of top ten non-fiction books of the 20th century, and is a booklet really. (It’s only three chapters long or two hour’s read).

(Thanks to Daniela Lunga for the link)

Observation: It is interesting to see reflections of the Girardian scapegoat theory, even if probably Lewis was not aware of it.

Mercy, detached from justice, grows unmerciful. An illustration explaining a theory of Crime and Punishment that C.S Lewis described as ‘a man-eating weed’. Notes below in video description. END_OF_DOCUMENT_TOKEN_TO_BE_REPLACED 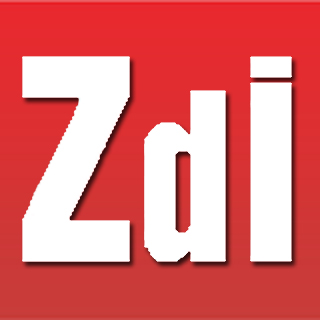 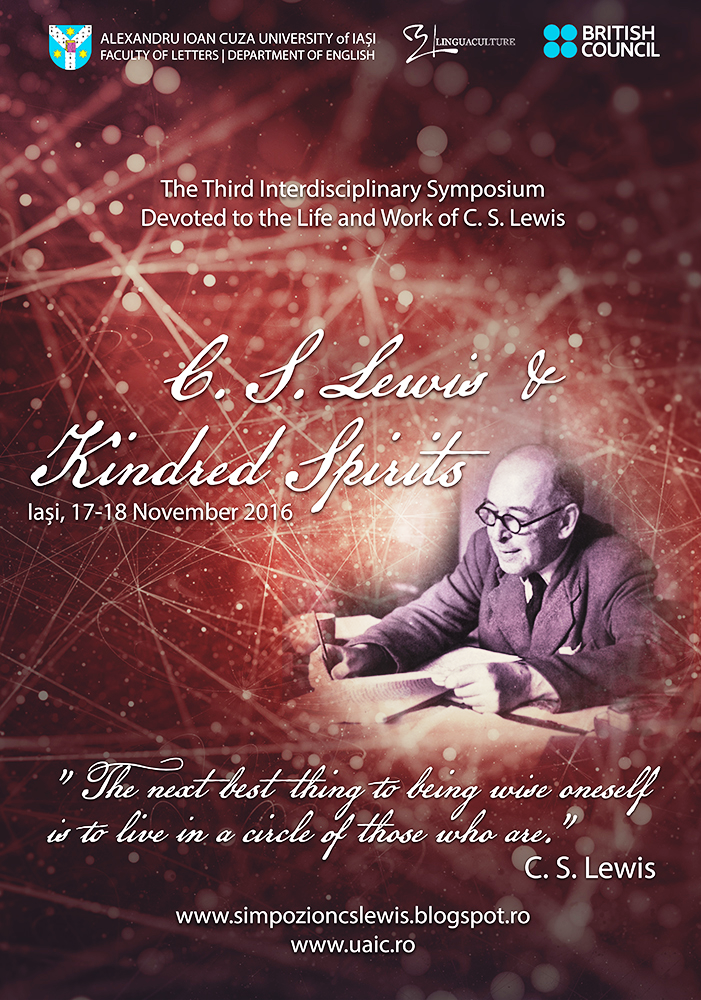 I warmly invite you to the next Lewis symposium we organize at Alexandru Ioan Cuza University of Iasi:

This continues the series of events devoted to the celebrated Oxonian writer and scholar and is open to both specialists and lay persons who are interested in, and fascinated by, the Oxford Don’s legacy and influential presence within current culture. We invite papers that explore Lewis’s growth in relation to predecessors and contemporaries, as well as papers who identify “kindred spirits” among subsequent generations of writers and thinkers.

We are also pleased to have Mr. Owen Barfield Jr. as one of the special guests for this edition.

Hoping that you will be willing and able to join,

I look forward to your response.

Note: Unfortunately, Mr. Andrei Plesu will not be able to participate in our event, and the Doctor honoris causa ceremony was postponed for some time in the Spring of 2017.

From a letter to his brother written 18 February 1940: I am afraid the truth is in this, as in nearly everything else I think about at present, that the world, as it is now becoming and has partly …

Source: C. S. Lewis on Karl Barth and His Devotees | Thinking and Believing

Some harsh words written by Lewis about Barth and his followers. I quote:
‘They don’t think human reason or human conscience of any value at all: they maintain, as stoutly as Calvin, that there’s no reason why God’s dealings should appear just (let alone, merciful) to us: and they maintain the doctrine that all our righteousness is filthy rags with a fierceness and sincerity which is like a blow in the face.’

It seems to me Lewis is right on this account, which, of course, does not make Barth, with all his weaknesses, less important as a theologian. 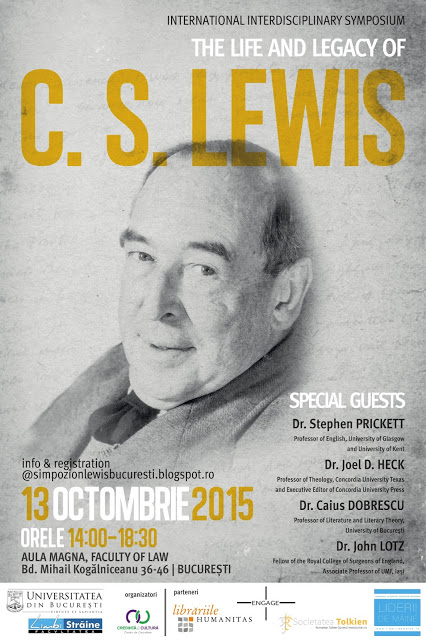 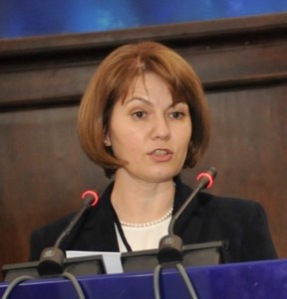 The main papers presented in the two CS Lewis symposia that took place at Iasi University, in 2013 and 2014, have nust been published in the Volume 5, Issue 2, 2014 of the Linguaculture journal, a peer reviewed academic publication of the Linguaculture Centre for (Inter)cultural and (Inter)lingual Research at the Iasi University. You may download HERE the papers published in the current issue of this journal.

There are some very good article published there. I highly recommend it to you, if you are interested in CS Lewis. 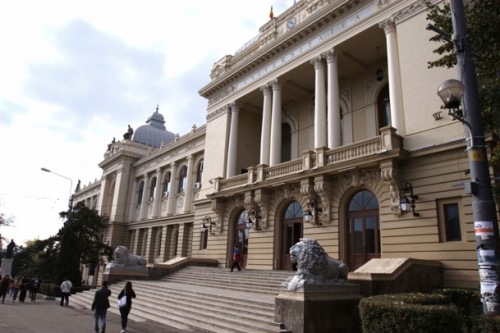 As I have already well started the journey of facing the challenges of this new year I cannot think almost every day of the necessity of writing some thoughts (it has taken long enough to let them settling down!) regarding the second edition of the C. S. Lewis Symposium that took place in November, at the Alexandru Ioan Cuza University of Iasi.

My heart is full of gratitude, first of all, that through this ministry, the Lord has brought in my life so many wonderful people and the mere fact that I am connected in so many ways with you is amazing! Thank you for all the encouragement and support, for caring, praying and helping in any way. It is a blessing that transcends all my desires and imagination!  The words are weak and fail as always when we tend to speak about God’s grace.

This time the symposium was a harder battle, hard enough to let me, after many months of working hard, knocked down for a while! But, it ended up in being a great event, much appreciated by the professors and students from the University and by all the other participants.

I will just remind you that because I am in a PhD program on C. S. Lewis in The English Department of The University of Iasi I was granted the privilege to organize a Symposium in 2013, with the occasion of the 50th anniversary of C. S. Lewis’s death. Through God’s blessing, the event was so successful that the English Department decided to have a second edition, which took place in November, last year. In addition, an entire issue of the Lingua Culture journal, was devoted to C. S. Lewis. END_OF_DOCUMENT_TOKEN_TO_BE_REPLACED 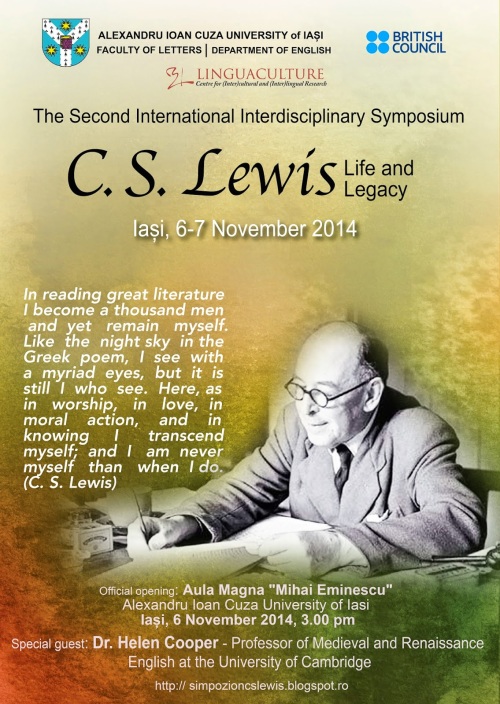 His Excellency Paul Brummell, the British Ambassador to Romania

A new text by Maria Popova on CS Lewis.

Stars in the Margins: C.S. Lewis Quotes from ‘The Four Loves’ | Musings of a Hardlining Moderate.

Recording of the recent CS Lewis Symposium at Westminster Abbey.

How Lewis Lit the Way to Better Apologetics | Christianity Today.

This is the essence of Michael Ward’s presentation on CS Lewis’s apologetics during the recent Lewis symposium at Iasi University.

Thanks, Manu Contac, for the link. 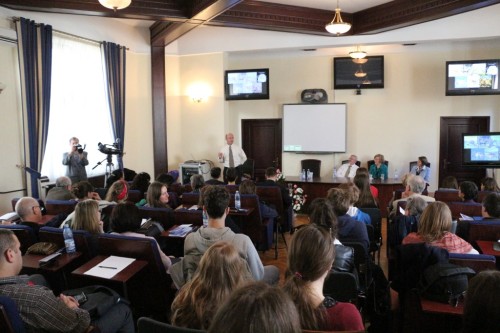 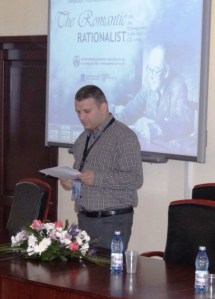 Here is a short presentation of conformed speakers at the CS Lewis Symposium at Iasi University, 7-8 Nov 2013:

Here are a few details on the symposium, from the website of the event:

The talented British writer and respected scholar and teacher at Oxford University for 29 years and then a professor of Mediaeval and Renaissance literature at Cambridge University, C.S. Lewis is one of the twentieth-century greatest literary figures who opened doors to new worlds of ideas, fantastic discoveries and insights of human experience and enduring questions of human meaning. Covering a wide spectrum of topics, he wrote prolifically in many genres: novels, poetry, fantasy, science fiction, essays, letters, literary history and criticism, and apologetics. END_OF_DOCUMENT_TOKEN_TO_BE_REPLACED

“I wish your project heartily well,” wrote C.S. Lewis to Christianity Today, “but can’t write you articles.” Carl F.H. Henry, founding editor of the magazine, had invited Lewis in 1955 to contribute to the magazine’s first issue. Lewis declined. Henry, was not, as the saying goes, “A day late and a dollar short.” He was over a decade late, and no dollar amount would have mattered as Lewis gave the lion’s share of his royalties to charity.

There was a time when Lewis would have said yes: when Nazi soldiers marched into Poland and threatened the stability of the world. Adolph Hitler’s influence on C.S. Lewis’ apologetics is an irrefutable fact. The Führer’s evil campaign paved the way for the clear speaking Lewis to engage listeners through the British Broadcast Service. Even as bombs fell over London, Lewis’ baritone voice could be heard on radios across Europe. His evangelistic approach was tailor-made for men at war.

Thus, Mere Christianity was born in the fullness of time. This classic work, though published in 1952, was taken from the transcripts of his broadcasts from the early 1940s. By the time the book was available in print, Lewis was already changing his approach. As Solomon said, “There is a time for war and a time for peace.” Lewis modified his methods for both. END_OF_DOCUMENT_TOKEN_TO_BE_REPLACED 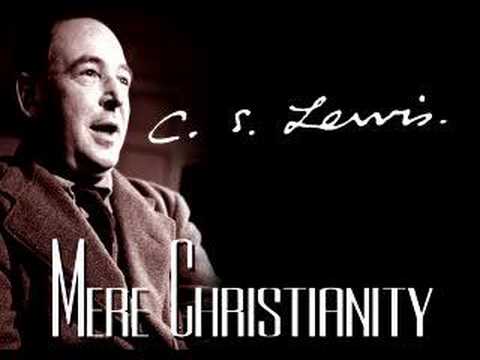 Sixty years ago, London publisher Geoffrey Bles first released a revision of three sets of radio talks by an Oxford literature don. The book was called Mere Christianity, and there was nothing “mere” about it. A somewhat disjointed set of C. S. Lewis’s views on a wide range of theological, philosophical, and ethical matters, the book became the most important and effective defense of the Christian faith in its century.

As Mere Christianity (henceforth “MC”) goes into its seventh decade of publishing success, rivaled still by no other apologetic, it’s worth taking a look at its unlikely success.

Why It Shouldn’t Have Worked

The first reason why MC should not have worked is rather basic: It doesn’t deliver what its title promises. It does not do even what John Stott’s classic Basic Christianity does—namely, outline at least the basics of evangelicalism’s understanding of the gospel. Given the title’s own promise and Lewis’s express intent of offering “mere Christianity,” we get something substantially less than that, as I think Puritan pastor Richard Baxter, from whom the phrase comes, would affirm.

Furthermore, MC offers not only less than “MC,” but also more: Lewis’s own opinions about domestic relationships, marriage, and gender; and his particular take on the vexed question of God and time (which, in my view, has powerfully perpetuated Christian Platonism and its “timeless God” among many people who have never read Plato). The danger here is the danger that resides also in C. I. Scofield’s dispensationalist notes to his famous Reference Bible. (I recognize that this is perhaps the first time anyone has claimed that Lewis and Scofield are peas in a pod, but they are both remarkable publishing successes.) The danger is that the secondary and idiosyncratic are bundled with the primary and universal, and taken in together by the trusting reader as being “simply Christian.” END_OF_DOCUMENT_TOKEN_TO_BE_REPLACED

The Lion Awakes, a  new film, in the making, about the friendship between Tolkien and CS Lewis, that led to Lewis’s conversion.

Find below the collect and the Bible lessons for this day:

God of searing truth and surpassing beauty, we give you thanks for Clive Staples Lewis, whose sanctified imagination lights fires of faith in young and old alike. Surprise us also with your joy and draw us into that new and abundant life which is ours in Christ Jesus, who lives and reigns with you and the Holy Spirit, one God, now and for ever. Amen. END_OF_DOCUMENT_TOKEN_TO_BE_REPLACED

END_OF_DOCUMENT_TOKEN_TO_BE_REPLACED 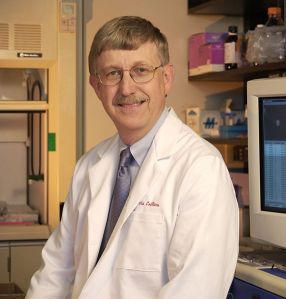