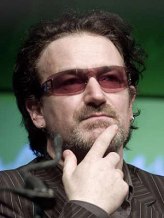 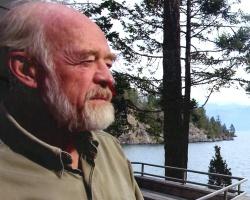 A story on Bono and Eugene Peterson. Absolutely superb.

Here is just a quote, as a teaser:

In the summer of 2010, the rock band U2 was joined on tour by a retired pastor from Montana who, until not long before, had never heard of Bono and his fellow Dubliners. For most of his adult life, Eugene Peterson had worked as the pastor of a small church in Maryland and writer of Christian discipleship books that had many admirers but few readers. Then, in the early 1990s, Peterson began writing a paraphrase of the Bible, The Message, that would go on to sell multiple millions of copies. In 2001, Bono told Rolling Stone that The Message was among his favorite books, a fact which fans already knew from Bono’s onstage quoting of the text. He also began telling friends of his deep admiration for Peterson’s Run With the Horses, a reflection on the Hebrew prophet Jeremiah. Eventually, some of those friends were mutual friends of Eugene Peterson. A backstage meeting in Dallas’ Cowboys Stadium was arranged, and the world’s most famous rock singer and his favorite writer—a flattered and slightly flummoxed 78 year-old man—were united for a couple cities on the U2 360 tour. END_OF_DOCUMENT_TOKEN_TO_BE_REPLACED