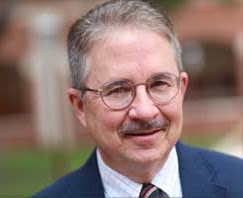 I’ve become increasingly concerned that many American Christians (and perhaps especially evangelicals) confuse patriotism with nationalism to the extent that idolatry lurks close by.

Patriotism is love for one’s country without blinders about its flaws and defects. Patriotism seeks to actualize the highest and best ideals of one’s country which can sometimes look like disloyalty to nationalists. Nationalists tend to confuse “country” with “government” and reject as disloyal all criticism of either. However, criticism of the government can be patriotic. In fact, in America patriotism should be constructively critical toward government.

Nationalism is patriotism on steroids; it is patriotism degenerated into jingoism and chauvinism. It is near idolatry of country and often appears in mixing celebration of nation with worship of God. Patriotism thanks God for the good of one’s country and asks God to “mend its every flaw.” Patriotism is honest about the country’s failures and urges leaders to push on toward better achievements of its founding ideals. Nationalism rejects all criticism of country as almost (if not exactly) treason.

Christians ought carefully to avoid nationalism while embracing true patriotism (unless, as is the case with some Anabaptists, even that violates conscience).

An example of nationalism is belief in “American exceptionalism.” That is the belief that because America is peculiarly God chosen and called it can, as a national state, do virtually anything with a presumption of innocence. It is not accountable to anyone or anything except God. The problem, of course, is that nobody has a direct line to God–not the president or the judges of the Supreme Court or any elected or appointed official. American exceptionalism can be used to justify all kinds of violations of international norms and standards of decent conduct. It is most often used to justify violations of just war theory. Nationalists hold the rest of the world to a different standard than America.

Patriotism regards America as a gift from God and thanks God for it, but it equates “America” with ideals such as freedom of religion, freedom of expression and equal justice for all. It is realistic in knowing that government and society do not always live up to those ideals. When patriots wave the flag they are fully aware that it symbolizes and represents wonderful ideals and not every decision and actions government makes. When nationalists wave the flag they are using it as an idol to sanctify whatever America does.

Read HERE the rest of this timely article.