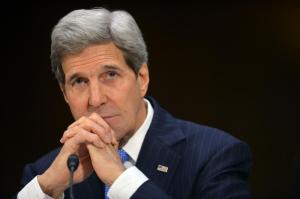 John Kerry, US Secretary of State

When in the 1980s Scott Appleby and I were first chartered to deal with one particular public expression of religion, the complex of militant fundamentalisms, we were confronted with a global scene for which we were not prepared. We soon found out also that very few others were equipped to monitor and highlight these and other negative and positive religious outbursts. We were well supported and soon well surrounded by the few pioneers in this field.

Domestically, two factors have forced awareness on conscientious people. The polarization of citizens on what came to be called “social issues” revealed that most of the troubling (and promising) topics had their roots in religion. Also, much of the ammunition in the soon-stimulated “culture wars” dealt with religion among fighting factions. Whether or not publics are more ready now than they were decades ago to deal with this new world is up for debate.

Meanwhile: The searches for and promotion of the understandings of religion in domestic affairs was eclipsed by the urgent signals tabbed “global.” Appleby has gone on to head work on these subjects at the University of Notre Dame. He and his scholarly companions are not focused on military affairs, on what can explode louder and kill more, but on the underlying informing and motivating elements in conflict and peace-making.

Often “religion in global affairs” gets exploited by those who are absolutist about one religion versus others—e.g. Christianity versus Islam and vice versa. Exploiters profit when ignorance rules. It is therefore cheering when the public hears cautionary words from leaders, comments on misused religion or celebratory words when someone gets something right.

Last Tuesday we on the sidelines had reason to applaud when the U. S. Secretary of State John Kerry made international news with an address at the James Baker III Institute for Public Policy at Rice University in Houston, an agency which regularly provides a forum for those who would go deep in their explorations.

Kerry went deep. University professors of religious studies and participants in interfaith explorations in many locales had to cheer to hear Kerry, a long-time advocate of religious understandings in international affairs. His words countered those of partisans at home and abroad who use religion to advance causes of hate and distortion.

Kerry returned to some of his familiar themes including, first, that those who suppress religious freedom feed angers that make people more susceptible to recruiting by terrorists. Second, religious groups, because when they are demonstrably concerned with “stewardship of the Earth” may have many positive contributions to make. And, third, religions are mandated to help the poor and the marginalized. So their interest in job-creation globally makes them vital.

Some who read or hear Kerry (parts of whose speech are available online) will think he lives in a dream world if he thinks religions are ready to make such contributions. Some will resent his praise of religion, because they see religions by definition opposed to human good.

But the majority, if they tune in and are turned on by the Secretary of State’s words, can be readied to get back to the sources of their faith, heed the community-building (as opposed to terrorist-feeding) uses of religious mandates and promises, and offer hope for a better future.

Author, Martin E. Marty, is the Fairfax M. Cone Distinguished Service Professor Emeritus of the History of Modern Christianity at the University of Chicago Divinity School. His biography, publications, and contact information can be found at  www.memarty.com.