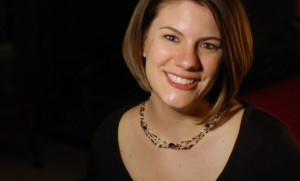 NOTES: It has been some time since I have shared on my blog a post written by Rachel. But this one is a must, as so many evangelicals in the US seem to be fooled by the perverted version of the gospel promoted by the Republican candidate to the American presidency.

And some good news on Rachel. On Feb 29th, President Obama nominated Rachel Held Evans as member of the President’s Advisory Council on Faith-Based and Neighborhood Partnerships. Well done, Rachel.

As it becomes clear Donald Trump’s candidacy for president will be more than a sideshow this year, the probable Republican nominee is making his pitch to Christian voters.

You would think it would be a hard sell given the fact that the real estate mogul and reality star has boasted about his extramarital affairs, profited off casinos and strip clubs, said he doesn’t need to ask God for forgiveness, called for targeting innocent civilians in war, mocked a reporter with a disability, threatened the religious liberty of minority groups in the U.S., and gained wide support among white nationalists for consistently lying about and demeaning blacks, Mexican immigrants, Muslims, and Syrian refugees.

But polls show that despite all of this, Trump remains favored among evangelical voters. After speaking at Liberty University last week, Trump scored an important endorsement from Jerry Falwell Jr., a prominent leader of the Religious Right who, to the applause of thousands, compared Trump to Jesus and Martin Luther King, Jr.

Despite what the polls say, I personally don’t know a single evangelical Christian who considers Trump a model Christian. His scant church attendance and clumsiness at citing Scripture have not gone unnoticed here in the Bible Belt. Russell Moore of the Ethics & Religious Liberty Commission of the Southern Baptist Convention has been an outspoken voice against evangelical alignment with Trump, and I’ve found his righteous incredulity over Trump’s religious pandering refreshing.

Yet Falwell’s support is hardly isolated, and I suspect if Trump is the nominee, he will continue to find even more of it from the Religious Right (which I designate as a subset of a broader and more diverse evangelicalism). Despite about a million think-pieces on the topic, the reasons are not that mysterious. Racism and xenophobia remain powerful forces in our country, as does celebrity worship, and white Christians aren’t as immune from these influences as they like to think.

Indeed, a quick study of history shows the origins of Liberty University and the Religious Right lie not in their opposition to abortion (that came later), but rather in their opposition to racial integration. Trump’s message mirrors several postures that have characterized the Religious Right from the beginning: 1) a glorified nostalgia for the past (“make America great again!” “America was once a Christian nation!”) that minimizes the historical suffering of women and minority groups in this country, 2) an overwrought persecution complex that confuses sharing civil rights with others with being persecuted by them, and 3) a persistent fear of the perceived “other”—Muslims, LGBT people, immigrants, refugees, etc.—that results in culture wars meant to “take back” the public square. Trump’s promise that “everyone will say Merry Christmas” when he’s president appeals to those who think being wished “happy holidays” by a store clerk is a form of religious oppression (and who apparently remain unconcerned about how Trump’s mandate will be enforced upon those of other faiths). Both the Trump campaign and the Religious Right movement begin with the assumption that things were better in this country when the culture was dominated by white Christian men and that things will get better if white Christian men are freed from the burden of “political correctness” and restored to dominance once again.

But perhaps the most tantalizing of Trump’s pitches to the Religious Right, and the one with broadest appeal, is his promise to protect their power.

“I’ll tell you one thing,” he told a crowd in Sioux Center, Iowa, “I get elected president, we’re going to be saying ‘merry Christmas’ again…And by the way, Christianity will have power…because if I’m there, you’re going to have somebody representing you very, very well.”

It’s also the very thing Satan promised Jesus when he tempted him in the desert.

“I will give you power and authority over all the kingdoms of the world,” Satan said, “it has been given to me and I can give it to anyone I want to.”

While Jesus resisted the allure of power and privilege, it has long been a snare to his followers, and the Religious Right sold its soul long ago. Its support of Trump proves once again it will do anything to protect its power, even if it means baptizing as anointed a candidate whose rhetoric and actions contradict any sane understanding of what Christianity is about.

Trump’s sloppy citations of Scripture are accepted by many at Liberty University because, as an arm of the Religious Right, the school’s primary function is political, not religious. The Bible is harvested for a few conservative sound bites, Jesus reduced to an object of veneration whose death saves but whose life and teachings remain inconsequential. When power is the end game, faithfulness bows to political expediency.

After his pep rally at Liberty, Trump was flying high, claiming with his usual hyperbolic flourish that Christians just LOVE him.

…And then he made the critical mistake of actually walking into a church.

Last Sunday, Trump took a break from the campaign trail to surprise the congregation of First Presbyterian Church in Muscatine, Iowa with a visit to their regular morning service.

Now understand, as a liturgical Mainline Protestant congregation, First Presbyterian Church follows the Revised Common Lectionary, which means the Scriptural passages for the service and sermon are determined years in advance.  Had Trump wandered into my church—St. Luke’s Episcopal Church in Cleveland, Tennessee—that morning, he would have encountered the very same texts. Thousands of congregations around the world—from Lutherans to Anglicans, to Presbyterians, to members of the United Church of Christ and other denominations—stick with this calendar as a way of pulling the days’ focus around a common theme. Nothing about the service would have changed just because Trump walked through the door…(well except maybe the tension in the room!)

The first Scripture reading that morning came from 1 Corinthians 12, and at First Presbyterian Church Muscatine, was read from the The Message, an idiomatic translation by Eugene Peterson:

“But I also want you to think about how this keeps your significance from getting blown up into self-importance. For no matter how significant you are, it is only because of what you are a part of. An enormous eye or a gigantic hand wouldn’t be a body, but a monster. What we have is one body with many parts, each its proper size and in its proper place. No part is important on its own. Can you imagine Eye telling Hand, “Get lost; I don’t need you”? Or, Head telling Foot, “You’re fired; your job has been phased out”?…

Then came the sermon, which was based on one of the most important passages of the New Testament, the one where Jesus teaches at the synagogue in Nazareth and explains exactly what his ministry is all about:

“The Spirit of the Lord is upon me, because he has anointed me to bring good news to the poor. He has sent me to proclaim release to the captives and recovery of sight to the blind, to let the oppressed go free, to proclaim the year of the Lord’s favor.”

This passage from Luke 4 is a declaration of the nature and aim of the gospel—the good news—and as the next verse reveals, it nearly got Jesus thrown off a cliff. As it turns out, the kind of people Donald Trump and the Religious Right deem acceptable collateral damage in their quest for power—the poor, the oppressed, the marginalized, the hated minorities—are the very people Jesus prioritized. His life and ministry started with them and his kingdom will ultimately be realized through them.  The gospel isn’t about protecting power and privilege, but rather about surrendering them until God’s vision of justice is fulfilled.

After the service, Trump seemed a little defensive, wondering aloud to the press if the Corinthians passage was directed at him, (“I have more humility than people think,” he said), and arguing, “I want to take care of all people but with Syrians, we just can’t do it here.”

But contrary to Trump’s prevailing worldview, this event had not in fact been orchestrated around him. The man had simply stepped into a big ole’ pile of actual gospel and immediately realized it contradicted everything he stands for.

In contrast to Liberty University’s convocation service, this church was a place where Scripture was quoted at length and in context, where the words of Jesus were honored and heeded, and where the vanities of a racist billionaire were challenged rather than coddled for the sake of financial and political gain.  Kudos to Rev. Saturnia for sticking with the prophetic word God had given for that day and not cowering or compromising because it might offend one of the most powerful men in the world.

Donald Trump had an encounter with the gospel of Jesus Christ and rather than propping him up, it made him uncomfortable…as tends to happen with anyone who is actually paying attention, myself included.

When I left evangelicalism for a Mainline church, I was teased by some evangelicals who informed me I’d picked the losing team. They reminded me that Mainline churches like my Episcopal church in Tennessee and First Presbyterian Church in Mascatine, Iowa, are losing members at faster rates than evangelical churches are losing them. I’d jumped the evangelical ship, the said, for nothing but a capsizing lifeboat.

They aren’t entirely wrong. We Mainliners don’t fill many mega-church buildings these days, and our pastors don’t typically write bestselling “biblical diet” books or get quoted on CNN. But what these critics fail to understand is I don’t go to church to be with a bunch of “winners.” I go to church to be with the people of God, people transformed by the gospel of Jesus Christ.

Sure, the “good news” of safety, popularity, and political power is more appealing to the masses, but it’s not the good news Jesus preached. Not by a long shot.  No one ever said the fruit of the Spirit is money, success, or political power. Rather, the fruit of the Spirit is love, joy, peace, patience, kindness, goodness, faithfulness, and self-control – qualities that can be found in all types of communities be they conservative or liberal, evangelical or Mainline Protestant, big or small. Getting lots of people to go to church (or to attend a convocation/ political rally) isn’t the same as making disciples of Jesus Christ, and Christian leaders would do well to remember the difference.

As Rev. Saturnia said, the words of Jesus tend to “comfort the afflicted and afflict the comfortable.”

Last Sunday, those words were enough to make one of the most powerful men in the country squirm. How’s that for being politically incorrect?