From ‘prisoner’ in the communist camp, to globe trotter

I have started in my new adventure as a World Vision staff member on December 1st, 1999, one month before the turn of the Millennium. It was not an easy ride, by any means, but I have learned enormously during the last sixteen years as a staff member of this Christian humanitarian organisation.

Although my Christian ministry had from the beginning an ecumenical dimension, and my theological studies centred on contemporary Orthodox theology helped me to go beyond the narrow confines of the evangelicalism of my youth, it was in WV that I have come to understand in very real terms, and to be able to serve the entire breadth of the Church. Furthermore, it was in the WV context that I had real human interaction with people of other faith, and was often humbled by the sincerity of their commitment to a faith other than mine, and by their genuine love to others. Without my WV experience, these dimensions of faith would have remained theoretical, distant realities for me.

My mixed ethnical background (Romanian, Ukrainian, Gypsy, and God knows what else) made me inherently a wanderer and an admirer of cultural diversity in our complex world, but it was really in WV that this interest and longing was truly fulfilled. During communism, I was never allowed to travel outside of Romania. After o number of attempts, I was told explicitly by the secret police that I could not be trusted with a passport. 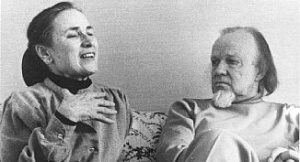 Because of this, I have lost a number of great opportunities. Thus, in 1982 I sent secretly, through a Swiss friend, a letter to the late Francis A. Schaeffer, who was at the time one of my mentors, through the books he had written. Over the years I have moved theologically beyond the Schaefferian paradigm, but at that particular time in my life his writings opened my eyes about the social and cultural responsibilities of the Christian. These were new ideas for me, as I grew up in a sort of isolationist ‘Christ against culture’ mindset, which came naturally to a church under persecution. Schaeffer’s Reformed ‘Christ transforming culture’ view (if I am to borrow the categories used by Richard Niebuhr in his book Christ and Culture) gave me a radically different and much more engaging perspective on the world in general and Christian ministry in particular.

One year later (this sounds like ages in the era of instant communication, isn’t it?), Schaeffer responded to my message, and his letter was again smuggled, this time into Romania, by my Swiss friend, the late Mr. Albert Dufour, from Bienne. You may find the transcript and a facsimile of this letter in the second part of a blog post I have published in 2009. Among other things, Francis invited me to spend some time at L’Abri, the Christian community he had established in the Swiss Alps. Here is a short quote:

I do wish you could come and study a while at L’Abri. I think you would find it very helpful. We would be glad to give you a scholarship for your expenses of room, board and tuition while you were here, if you can come, and if you can arrange to pay for your transportation. We of L’Abri are extremely interested in trying to help those from your part of the world…

So, I applied for a passport, but I never got it. Then, a year later, Schaeffer was taken ill to the US and died shortly after that. It was not easy for me to forgive the communist regime for depriving me of the privilege of meeting this great man of God. Seven years later, in the summer of 1991, I have received a small compensation, when I met Edith Schaeffer, the wife of the great man, during a conference on ‘Gospel and culture’, in Slovakia. I still have in my library the books that Edith signed and gave me as a gift at the reunion.

Some time after that I have received the second refusal, when the Navigators invited me to participate at a conference they were organising in India (who wouldn’t dream to visit that country?). They even sent an Indian Navigator to visit me in Romania, so that we can establish a credible relationship. I have asked again for a passport, and this time they told me straight not to bother, because I will never get one.

Immediately after the fall of communism I was able to compensate for my ‘imprisonment’ in the communist camp, by traveling more or less extensively, in Europe and the US, and I even lived for about a year in the UK, during my theological studies, continuing to travel there regularly, during my doctoral studies. However, my real ‘revenge’ came when I joined WV and for certain periods I was traveling for more than 50% of my time, not only in my vast region – Middle East & Eastern Europe, but also all over the world.