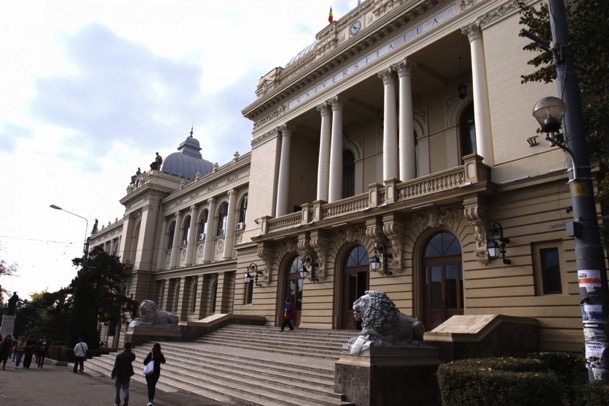 As I have already well started the journey of facing the challenges of this new year I cannot think almost every day of the necessity of writing some thoughts (it has taken long enough to let them settling down!) regarding the second edition of the C. S. Lewis Symposium that took place in November, at the Alexandru Ioan Cuza University of Iasi.

My heart is full of gratitude, first of all, that through this ministry, the Lord has brought in my life so many wonderful people and the mere fact that I am connected in so many ways with you is amazing! Thank you for all the encouragement and support, for caring, praying and helping in any way. It is a blessing that transcends all my desires and imagination!  The words are weak and fail as always when we tend to speak about God’s grace.

This time the symposium was a harder battle, hard enough to let me, after many months of working hard, knocked down for a while! But, it ended up in being a great event, much appreciated by the professors and students from the University and by all the other participants.

I will just remind you that because I am in a PhD program on C. S. Lewis in The English Department of The University of Iasi I was granted the privilege to organize a Symposium in 2013, with the occasion of the 50th anniversary of C. S. Lewis’s death. Through God’s blessing, the event was so successful that the English Department decided to have a second edition, which took place in November, last year. In addition, an entire issue of the Lingua Culture journal, was devoted to C. S. Lewis.

It was encouraging again to see the enthusiasm and support of the Rector of the University of Iasi, Prof. univ. dr. Vasile Ișan. He didn’t only participated and spoke at the official opening, but he invited the guests speakers to his office to welcome and thank them for accepting to speak in an event organized in our University. 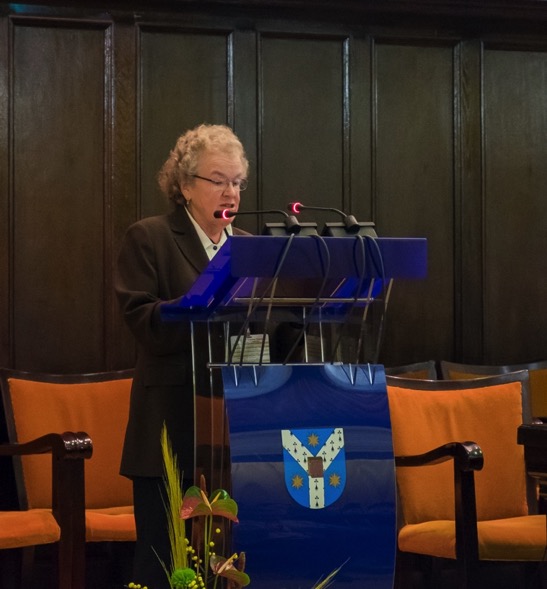 It was a great honor indeed to have as a key speaker, among all the great guests, Dr. Helen Cooper, professor of Medieval and Renaissance English at the University of Cambridge, the sixth successor on the chair held by C. S. Lewis. Her topic was C.S. Lewis As Medievalist.

And, again, we had the surprise that the new British Ambassador to Romania, His Excellency Paul Brummell accepted the invitation to attend, and he addressed an interesting speech in Romanian, expressing his considerations on C. S. Lewis.

The main purpose of this edition – to enlarge the knowledge and the understanding of who C. S. Lewis was, and how his personal experience and convictions were reflected in his extraordinary legacy of writings, was achieved through the various, very good, talks. It was the quality of the content and the way of delivering the message that impressed the participants and it is the kind of modeling through experiencing, that we all need here. Even more, it was the impression of kindness and peace, the testimony of the presence that left in our professors and students attending a deep trace. Impression that can raise questions and open doors for conversations!

The second good result was that an increased number of students and professors from different faculties (history, philosophy, philology, theology) showed interest, the number of the participants at the opening being impressive, comparing to other conferences. Actually, this is my continuous concern and the hope for the future: to find ways of attracting them, especially students.

Here are the main ones and the topics of their talks: 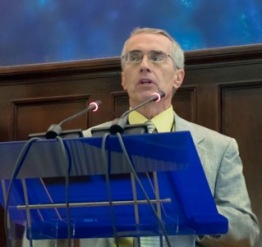 Dr. Joel D. Heck, The Life Of C. S. Lewis,
and From Atheism To Christianity 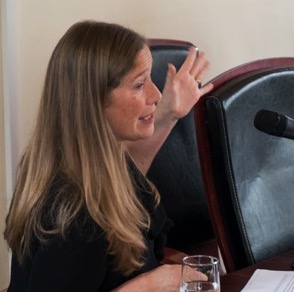 Dr. John Lotz, The Lewis Worldview;
In Background And Foreground 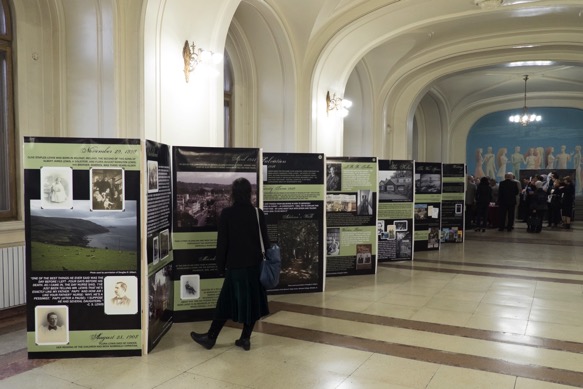 This year, with the help of the staff from The Wade Center, we managed to get the material on C. S. Lewis’s life (presented at The Desiring God Conference in 2013), that we printed and had our smaller exhibition in the hall of our University. 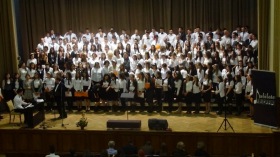 After the Symposium we had a day of travelling up in the north-east of Romania visiting two of the most famous Romanian Orthodox monasteries. 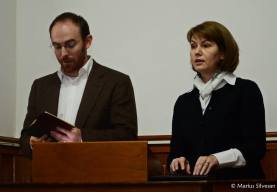 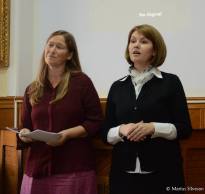 Probably the most impressive result, however, is the fact that people from other universities from Romania started to show interest in what we are doing. The Monday, immediately after, we had a short event in the Baptist Seminary from Bucharest with two of the speakers, Dr. Kirstin Jeffrey Johnson and Prof. Joe Rigney.

We are thankful for all these! We are seriously praying for a reviving apologetic ministry in the universities from Romania through the works of C. S. Lewis and as much as excited, we are overwhelmed by the greatness of responsibility of such a call. Before everything else, this year I have to finish writing and to defend my thesis, which has become increasingly a very high task.

As in everything, we continue to be desperately depending upon Him!

Thank you for taking the time to hear about our Symposium and for being with us in this … shall I call it journey or hard battle?

PS I have to add this…I had the great, unexpected and definitely painful privilege of being present at the commemorative service for Mr. Chris Mitchell held in Wheaton in July, last year. I owe him much consideration for foreseeing these when I first presented our dreams to him, in his office at the Wade Center in 2011, and being ready to help accordingly. From what I had experienced in our relationship through emails and all I heard during that service, the most significant truth remained this strong encouragement that this journey, which most of the time is a hard battle, can be taken beautifully and, it is the only way it is worth taken it. For the pretty darken life we have had here in Eastern Europe, this is a very powerful message and we will treasure it and do our best to live it!