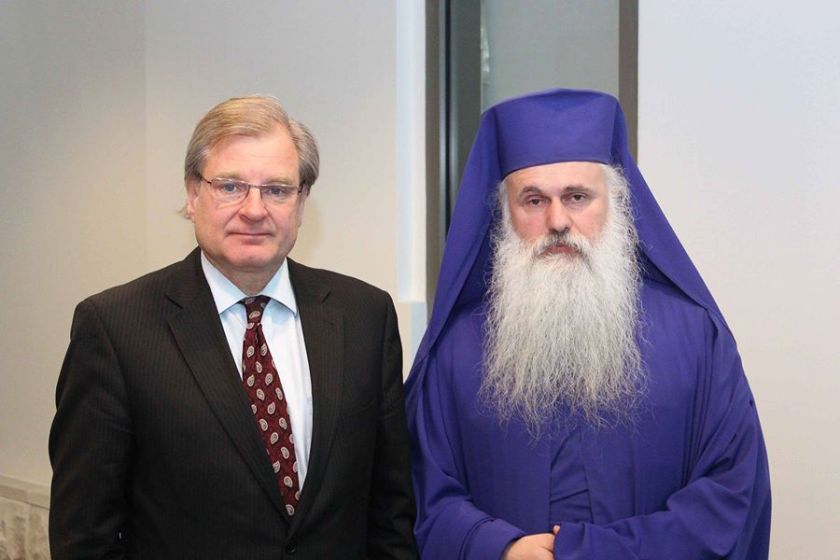 Prof. Dr Malkhaz Songulashvili, the Bishop of Tbilisi and the Senior Minister of the Baptist Peace Cathedral has been awarded with the annual Shahbaz Bhatti Freedom Award “for his  multidimensional work for peace building and the promotion of mutual respect among various religions.”

The awards ceremony took place  on January 10, in Berlin, Germany, at the annual gathering of the First Step Forum members.  The award was presented to Dr Songulashvili by German Government minister Mr Hermann Groehe who praised the Bishop for his bridge building ministry between cultures, religions and minority communities.

On January 15 more than 200 Georgian dignitaries and members of diplomatic corps visited reception in honor of 2015  Freedom Award recipient.

At the reception American ambassador to Georgia, Mr Richard Norland  congratulated the award giving committee “for making right judgment and awarding this high award to a person who has been adamantly defending rights of religious minorities and the LGBT community. “

The President of Georgia, Giorgi Margvelashvili in his letter to Bishop Songulashvili wrote:

“This honor has been rightfully grated to you for all the contribution you have been making towards establishing of values of freedom, tolerance, concord and peace both nationally and internationally. Please accept our congratulation with the recognition of your work.”

Felicitations were also given my members of Georgian Parliament, Ecumenical and Pan-ecumenical friends, and colleagues of the Bishop.