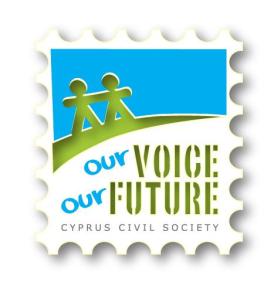 My friend Rob Kilpatrick posted today on his Facebook page a very interesting article by Austen Ivereigh on the role of religious faith in building sustainable civil society, from a recent edition of The Guardian.

Here is a fragment, to wet your appetite:

The notion, irritating to humanists, that faith leads to greater civic participation turns out not to be true, says Andrew Copson, citing a new government survey. What the figures show – you have to download a spreadsheet and squint for a while at Table 6 to work this out – is that those who participated in “civic engagement and formal volunteering at least once in the past year” are as likely to be of no faith as to profess one.

Whatever “participation in civic engagement” involves, to do it once a year seems to be not much of a commitment; so it’s not clear what the figures prove. But the point Copson is anxious to make – that “religious affiliation makes little difference in terms of volunteering“, in the words of the 2007 report he cites – is beyond dispute. The desire to help and serve others is written on the human heart. Philanthropy, volunteering, charity – these are activities of believers and non-believers alike. You don’t have to do God to be good. Equally you can’t divide charities into secular and religious: most of the Catholic charities I know are not run by or affiliated to the church, and are supported by both religious and non-religious people. Jeremy Paxman, of Newsnight and no fixed belief, is a patron of two major Catholic charities for the homeless: the Cardinal Hume Centre and Anchor House.

So we can agree, it’s not important “if a person doing good is doing it because she thinks God wants her to or out of a humanist sense of obligation to fellow human beings”. (But did you spot the prejudice quietly smuggled into Copson’s sentence? Religious people are coerced by an imaginary superego – “she thinks God wants her to” – in contrast to humanists, nudged by simple fellow-feeling into outbreaks of selflessness.) Everyone I know, churchgoers or not, who helps others, does so because they sense need and seek to meet it. They imagine what it would be like if they were in the same situation, and they act.