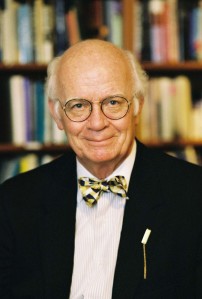 This is a hot topic, that needs to handled carefully at this time of history.

Marty talks about it in one of his latest Sightings, because of new survey done by the Public Religion Research Institute (PRRI). According to it, ‘more Americans (44 percent) see the free market system at odds with Christian values than those who don’t (36 percent), whether they are white evangelicals, mainline Protestants, Catholics or minority Christian’ (see HERE). This opinion is held even more strongly members of minority groups. Thus:

(You may find HERE the questionnaire and the summary of answers.)

“People of faith have a unique ability to show political leaders that the economy is a moral issue,” she said. “Even some members of Congress are beginning to echo our argument that protecting the most vulnerable as we get out of debt is a moral duty.”

Marty himself, concludes on this topic, saying:

“Hold on!”Abstractions like “capitalism” and “Christianity” are too blurry to serve as neat definers and dividers among the publics. These are modern words for historically complex and always evolving phenomena. Handle with care. But then: “Let go!” Remembering complex data and discoveries from polls like this, one should advise, when next time blustering cable-TV and radio broadcasters suggest that the public has made up its mind and sided with the tea partiers and that its sentiments should frighten governmental leaders, note further that the Bible does not make generalizations all that safe and easy. De-ideologizing the subject might lead to better discourse. Might it not?