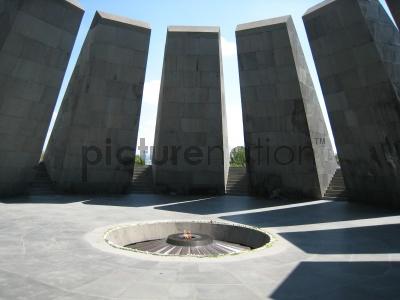 Easter, the glorious Day of Resurrection of our Lord Jesus Christ, falls this year on April 24 which coincides with Armenian Genocide Remembrance Day. For the first time since 1915 April 24 falls on Easter Sunday in the Armenian church calendar.  It is truly a meaningful coincidence, as the existence of the Armenian nation and people itself is a special sign of the power of the resurrection in a world of death.  When Christians all over the world celebrate Easter on the same date this year, it will be an historic opportunity for all of us to pay tribute to the memory of the innocent victims of the Armenian Genocide.

The World Council of Churches has addressed the need for public recognition of the Armenian Genocide. In 1984 the WCC published a document called “Armenia: the Continuing Tragedy” which helped in making known the history and plight of the Armenian people. The Commission of the Churches on International Affairs raised the issue of the Armenian Genocide in the UN Commission on Human Rights with reference to the latter’s “Revised and Updated Report on the Question of the Prevention and Punishment of the Crime of Genocide”. As was stated at the 2005 WCC Central Committee meeting, the WCC believes that, “from the Christian perspective, the path towards justice and reconciliation requires the recognition of the crime committed as a sine qua non condition for the healing of memories and the possibility of forgiveness. Forgiveness does not mean forgetting but to look back with the intention to restore justice, the respect for human rights and relationships between perpetrators and victims.”

In a public statement of 11 April 2005, the Presidium of the Conference of European Churches joined the World Council of Churches in inviting all its member churches “to make April 24 a Day of Memory of the Armenian Genocide and to consider further appropriate actions related to the 90 years Commemoration of the Armenian Genocide”. The CEC Presidium further urged “the Turkish government to initiate a process of reconciliation between the Turkish and the Armenian peoples, in which the recognition of guilt and the proclamation of the truth need to be integral elements.”

In this spirit, as we approach Easter Sunday this year, we call upon all brothers and sisters of faith in Jesus Christ to join with the Armenian people in offering prayers for Armenians and other victims of genocide.