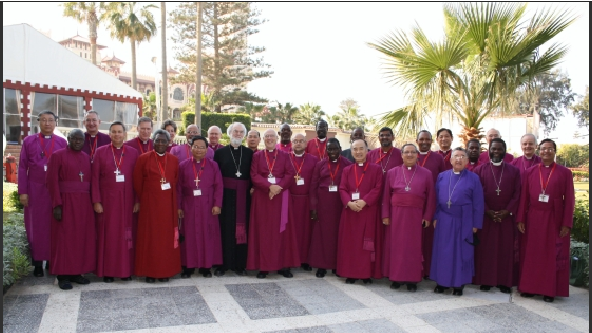 Canterbury, England. At least seven of the leaders representing 38 Anglican provinces worldwide will not attend a key meeting in Dublin from 25-30 January. Their absence comes at a time when the Archbishop of Canterbury, Dr Rowan Williams, is under mounting pressure from two wings of the 77 million-member Anglican Communion on the subject of human sexuality.

The Primates’ Meeting, which was established in 1978 and is closed to the public, generally takes place every two years.

Some archbishops have told Williams they will not attend because of the presence of the Presiding Bishop of the Episcopal Church, Katharine Jefferts Schori, and because of recent developments in her province, including the recent election of a lesbian bishop, according to a report in the Times of London.

In a statement released on 24 January in advance of the meeting, Jefferts Schori said that “in all we do, we seek to recognize the face of God wherever we turn, realizing that the body of God’s creation will only be healed when all members of the body of Christ are working together.”

The Secretary General of the Anglican Communion, the Rev. Canon Kenneth Kearon, last weekend said on BBC Radio that seven or possibly eight primates had turned down Williams’ invitation. He said this amounted to an objection to the Episcopal Church and “other developments” which he did not name. He also said that the bishops who decided not to travel to Dublin had “reiterated their commitment to the communion and the Archbishop of Canterbury.”

In November 2010 the archbishops of Kenya, Nigeria, Tanzania, Uganda and West Africa said in a joint statement that they would “join with other primates from the Global South in declaring that we will not be present.”

Other primates who will not be in Dublin this week are said to be suffering from ill health, previous commitments or major issues in their provinces, such as flooding in Australia and the recent referendum on independence for southern Sudan, Canon Kearon explained.

On 21 January, a statement posted on the Global South Anglican website cited issues related to the agenda of the meeting, saying the primates had been given hardly any time to prepare and thus ensure a “certain degree of significant and principally legitimate outcome to hold and move the communion together.” It said that until certain necessary groundwork had been done, the meeting was almost certain to end up as “just another gathering that again cannot bring about effective ecclesial actions.”

The last Primates’ Meeting was held in Alexandria, Egypt in February 2009.

One thought on “Several Leaders Will Boycott Anglican Summit in Dublin”