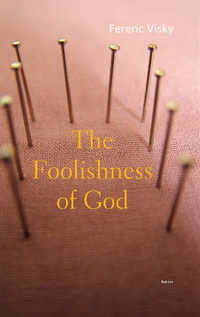 How can we overcome fear? Right here, on the other side of the cell bars, are those who continually threaten us. Our lives are in their hands. The antidote to fear is love. There is no other way. We are free to love our enemies.

We cannot fear those whom we love. Fear is the curse of mankind. (Dostoevsky)

In 1958, Ferenc Visky, a minister in the Hungarian Reformed Church in Romania, was sentenced to 22 years in prison on trumped up charges of sedition against the Communist regime. His wife and their seven children were also convicted and sent to a prison camp in another part of the country. Neither were places from which the inhabitants were supposed to emerge alive but after seven years, the entire family was released.

Allthough given the opportunity, Visky never left Romania for the West, but served as a minister virtually up until his death. After the Communist regime fell in 1989, he was one of the people involved in the founding of Koinónia Publishing and has of late, along with his wife, Júlia Visky, proved to be among Koinónia’s most popular authors. The Foolishness of God by Ferenc Visky, a collection of reminiscences from his years in prison, is Koinónia’s first publishing foray in English.

“In prison,” said Ferenc Visky, echoing Bonhoeffer, “I learned to laugh.” To laugh, and to hold on to God, wrestling with Him for a sign. In stories he would sometimes tell of his years in the Communist prisons of 1950’s Romania and of his friends there, especially Richard Wurmbrand, controversed minister as well in that era. “The madness of the world,” says the author, “including that of the [then] Soviet system, can only be dispelled by the foolishness of God.”

In 2002, Ferenc Visky compiled a slim memoir, Fogoly vagyok (András Visky, editor, Fogoly vagyok [I am a Prisoner]. Cluj, Romania: Koinónia Publishing), of some of these stories and it is on that small volume that this English edition is based. Foolishness of God answers to the callings of a world that is still trying to come to terms with the multiple genocides of the twentieth century, and with 9/11 and its aftermath of fear and suspicion.

“…I’ve been reading Ferenc [Visky]’s The Foolishness of God and find it to be incredibly powerful with every word and thought crafted to be of immense spiritual insight and inspiration. … Thank you so much for the copy. I absolutely have to send a copy to give my friend Miguel who is currently in prison (probably for the rest of his life).” [CM]

“I managed to find a copy of Visky’s book and really enjoyed it – it’s just a shame that it was so short!” [SL]

“The men depicted in this book seem like giants, extraordinary – and yet they were ordinary people who were swallowed up in God. There is a searing honesty about the writings – and a gentleness.
The book is short and easy to gobble up – but it rewards slow, thoughtful reading. It has affected me deeply. Read it only if you want to be changed.” [EC]
Order here
Koinónia Publisher
str. Mărginasă nr. 42.
400371 Cluj-Napoca
Romania