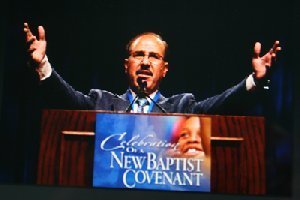 AMMAN, Jordan (ABP) — The exiled pastor of Gaza Baptist Church began teaching Aug. 16 at Jordan Evangelical Theological Seminary following a three-week visit to his homeland to preach, teach and distribute food and medicine to the poor.

“While food is available in Gaza, it is very expensive, and few can afford to buy it due to the siege and high unemployment,” Hanna Massad said in an e-mail report.

The “siege” referred to Israel’s blockade of the Gaza Strip enacted after Hamas gained control there in June 2007. Israel wants to weaken and end cross-border rocket attacks by Hamas militants. Critics say the blockade punishes innocent Gazans and has caused a humanitarian crisis.

Massad said his Christian Mission to Gaza spent about $35,000 to help poor families in Gaza last year alone. Read on…