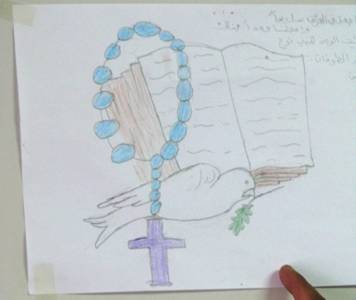 “With great hope and deep satisfaction” the World Council of Churches (WCC) has welcomed the news that a Council of Christian Church Leaders of Iraq has been established.

“In our view, it is a development that augurs as much for the future of the churches in Iraq as it does for Iraq as a nation,” the WCC general secretary Rev. Dr Olav Fykse Tveit wrote in an 18 February congratulatory message to the members of the new body.

The council includes all patriarchs, archbishops, bishops and heads of churches in Iraq from the 14 Christian communities registered in Iraq since 1982, belonging to the Catholic, Eastern and Oriental Orthodox as well as Protestant traditions.

The aim of the new council, according to its bylaws, is “to unite the opinion, position and decision of the churches in Iraq” on issues related to the churches and the state.

The council intends to do so “upholding and strengthening the Christian presence, promoting cooperation and joint action without interfering in private matters of the churches or their related entities”.

In a press release announcing the creation of the new council, the founders highlighted the importance of Christian education and of dialogue with the Muslim community in order to “promote the acceptance of the other”.

“Iraqi Christians have never viewed themselves as simply a minority community who stand for their own interests. They have always shown their deep rootedness in the history and civilization of Iraq,” Tveit wrote in his message to the founders of the council.

The WCC general secretary congratulated them “for formulating a vision that is unequivocally committed to the advancement of all Iraqi citizens. From this standpoint, the council’s plan to engage in promoting ecumenical initiatives and dialogue and partnership with Muslims is an essential assertion.”

The WCC letter also expresses the solidarity of churches all over the world with the Iraqi Christians: “We commit ourselves as a fellowship of churches from around the world to accompany you in the arduous tasks that face the Iraqi churches in the rebuilding of your nation.”

The formation of the council of church leaders comes at a time when sectarian violence, including many deadly attacks on Christian citizens and churches, continues to be a major problem in Iraq and is forcing many members of religious minorities to flee their homes.

The representatives of the 14 churches that founded the council at a 9 February meeting in Baghdad unanimously elected Archbishop Dr Avak Asadourian of the Armenian Orthodox Church in Iraq as general secretary. Archbishop Basilius Guirgis al-Qass Moussa of the Syrian Catholic Church was elected deputy general secretary.

At a February 2009 meeting in Lebanon co-organized by the WCC, Iraqi church leaders had “pledged to work together on establishing an ecumenical forum for all Iraqi church leaders that allows them to speak with a common voice to religious and political authorities inside and outside of Iraq.”

(Source: WCC Media. You may also read on the WCC web site the article “Christians have a role to play in rebuilding Iraq, church leaders say“.)